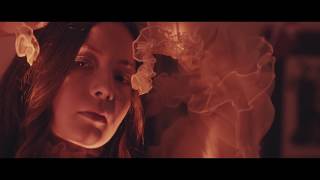 Auckland based songwriter Mckenzie Comer is back under a new name with a fresh pop sound. MCK debuts with her first single and accompanying video for ‘Magnets’, releasing today. You might not recognise her this time around — reflecting on her previous experiences in the music industry and taking back control, she’s found strength in her vulnerability; forging a new path as a woman of the wild with stories to tell. Co-produced by Djeisan Suskov (Leisure) and Jordan Arts (HIGH

I Am Giant are stoked to announce the addition of a second Christchurch date to their national tour, with tickets for the Saturday show nearly sold out! Also, due to unforseen circumstances, both Christchurch shows are moving venue to Sullivans. The band released their third and final album ‘Life in Captivity’ on Friday – it was the number one seller over the weekend at JB Hifi and has begun to receive rave reviews: ‘Perhaps one of the best they've ever written’ Heart and

I AM GIANT RELEASE THIRD AND FINAL ALBUM, ‘LIFE IN CAPTIVITY.’

I Am Giant (Paul Matthews, Shelton Woolright, Aja Timu) are pround to release their third and final album, ‘Life in Captivity’ today. The album has been the culmination of some extremely hard work over the last couple of years, notwithstanding the challenge of having the three band members live in different countries. The band spent the European summer of 2016 recording between Germany and the UK with Matthews then finishing the production of the record over 2017. Within Life

SO BELOW UNVEILS NEW SINGLE ‘VISIONS’ AND SECOND EP RELEASE.

Today, Madeline North aka So Below releases her highly anticipated new single ‘Visions’, the fourth and final track from her freshly released second EP ‘II’ which is out now. ‘Visions’ is a four way kiwi collaboration with co-writers Chelsea Jade and Sam McCarthy, with mixing and mastering done by Aaron Short. Sonically channeling North’s love of bands such as Nine Inch Nails and Radiohead, ‘Visions’ conveys a sparse sultry feel – a juxtaposition to the joyous pop overtones o

SO BELOW UNVEILS NEW SINGLE ‘VISIONS’ AND SECOND EP RELEASE.

ALAE RELEASE VIDEO FOR LATEST SINGLE, ‘ALL GIVED UP’

NIGEL COLLINS AND CONGRESS OF ANIMALS RELEASE NEW SINGLE, ‘DEPENDS ON YOU’

A STRANGE CARAVAN TRAVELS ITS WAY AROUND NEW ZEALAND THIS SPRING